Sony, Playstations, user interfaces and ME

Given my love for all things Playstation through the Playstation, the Playstation 2 and the PSP eras, it was a little odd that I jumped ship to the Xbox in such a massive way that once I got my Xbox 360, I didn’t get a PS3 until they were £99 (on offer) in Sainsburys and then only as a Blu Ray player for the kids playroom.

I never understood the enormously slow and clunky blade UI that Sony had on the PS3, something that only really made sense when it was heavily updated and running on the PS4, a system that actually has the grunt to do it properly. But blow me, if the PS3/4 UI isn’t awesome compared to the baffling nature of the Playstation TV. 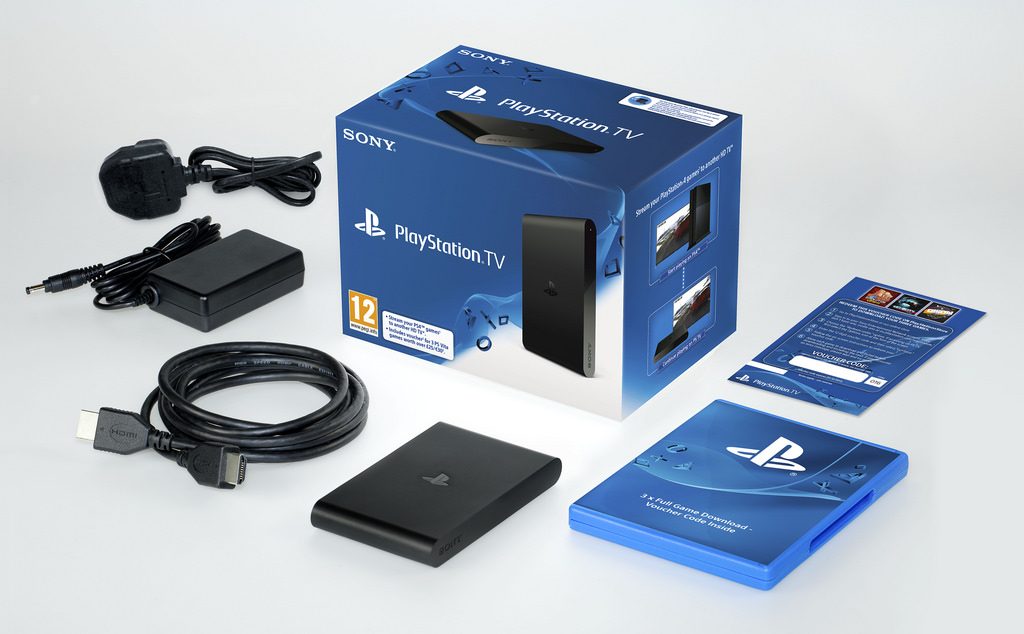 I picked up a Playstation TV last year when they were on offer at £30 from somewhere or other mostly to have a go with the remote play function- I wanted to see if I could escape to our bedroom and play Tomb Raider on our 49 inch telly while the kids were rewatching Horrid Henry the Movie for the one thousands time. Initially remote play was terrible until I realised that by default the Playstation TV was trying to connect directly via WiFi to the PS4. This made no sense to me whatsoever as both devices are actually on gigabit Ethernet, so I fiddled around with the settings until it played ball. That was the first fail.

Understandably, the user interface on the PSTV is the same as the Vita; it is after all basically a Vita in a box and it doesn’t make sense to reinvent the whole experience. It’s not great by any stretch of the imagination and the little bubbles and wobbly circular icons look a bit twee staring back at you from a large TV but it’s not terrible.

What is terrible is the Playstation store app. I made an active decision with my PS4 to focus on downloads rather than buying discs. I even upgraded the harddrive to a 2TB model before first boot. When I go to my digital downloads account on the PSTV, I’m faced with a list of EVERYTHING (PS3, PS4, PS Vita) that I’ve bought, included about 50 separate entries for vehicle packs for MotorStorm RC that were bundled with the game. I doesn’t filter out PS3 and PS4 games, which is naughty but not the end of the world. What is much much worse though is the fact that Sony allow you to install Vita games on the PSTV that won’t actually work on the PSTV. You can download something like Lumines or Sine Mora to the PSTV at the click of the button (I always get the broken image when the download moves to from the list of downloadables to the download area, and I’ve never figured out why), and it will happily install but when you try and run it, the system says it’s not compatible with the Playstation TV.

You need a list. There are websites that list compatible games but that’s stupid. The Playstation TV refuses to run games that won’t work, why on earth does the Store UI let these games even appear, let alone allow you to download them? Why can’t I filter the list to show only the games that will work on the PSTV? It’s a truly baffling UI design choice and something that could easily be fixed by a very minor update.

While I’m on a roll, I’m not hugely impressed with the PS4 UI either. I can see how much of an improvement on the PS3 it is, but getting to my library of installed games is still too difficult and I always get confused looking for notifications and friends online. We’ve been using it a bit more for media recently as we got a Now TV account for Game of Thrones and for obvious reasons Now TV won’t run on our FireTV but it’s definitely not as easy to navigate to as it should be.

Sony has always made good hardware, no surprise given their history in consumer electronics, but as their products get more and more menu driven, I think they’re lagging behind. Our Sony Bravia TV has an appallingly slow menu system that our slightly newer but massively cheaper LG WebOS TV thrashes on every single parameter. Come on Sony, up your game.

Xbox 360 Kinect review
This entry was posted in Technology. Bookmark the permalink.