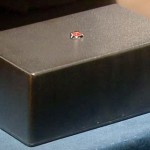 The internet and I have a long and often tempestuous relationship.

It started in 1993 when I had to fill in a 3 page paper form and hand it in to a chap with a beard at the computer centre at Lancaster University. A few days later they granted me an email address and the downhill spiral began there.

We had a unix based bulletin board system at uni called Lubbs. Entirely text based, it was in essence a primitive text based forum back in the early days of the world wide web. The internet had been around for decades but the web was different, it was browser based and had graphics and everything. When I got my login credentials, internet explorer wasn’t around, it was Moasaic, and it didn’t even embed images properly.

Nevertheless it lead to addiction. I was often up to 3 or 4 in the morning exchanging messages with other students who could have been sitting next to me or two computers down. I don’t think I particularly fit to the stereotype of a computer nerd though- I liked sunshine and going out and talking to people (girls included), so it wasn’t a substitute for real life.

After I graduated and got my first job I forked out for my first PC (a Pentium II since you asked) and then spent a lot of pre-broadband evenings hogging the phone line with my modems paltry 56k connection. I was even able to play multi-player games like Unreal Tournament and Quake over the internet on a connection that was roughly 1/40th of the speed my iPhone accesses the internet over 3G at. I joined the excellent lineone forums (I still have my lineone email account, even though the business was taken over about 4 times) and spent a lot of time cruising those hallowed pages.

Around this time I also developed a long addiction to Championship Manager which went on long after I moved with my now wife. I’ll admit there were occasions where I played football management games until 5am, slunk off to bed for a couple of hours and got up feeling groggy. Now its children that rob me of sleep and make me feel groggy.

Other forums took the place of lineone and I got quite into keeping in touch with friends on MSN. Twitter is really a better informal extension of that when the bloody thing actually works.

Now days we take the internet for granted but the fact I’ve sat there listening to my modem do its best impression of a Spectrum loading Jetpac makes me appreciate it even more and wonder whats round the corner.

I set up my first internet site in 1994. It was hand written in notepad in HTML and I’ll admit made too much use of the blink tag. I was young and that was excuse enough for me. CMS (content management systems) weren’t really around back then and if something like WordPress existed back then it would have been treated like witchcraft.

What brought you to the internet then?

Video games on the high street- the future

Before the tech invaded our lives

How to manage your home finances

No Fifa 11: or the way things have changed
This entry was posted in Technology. Bookmark the permalink.