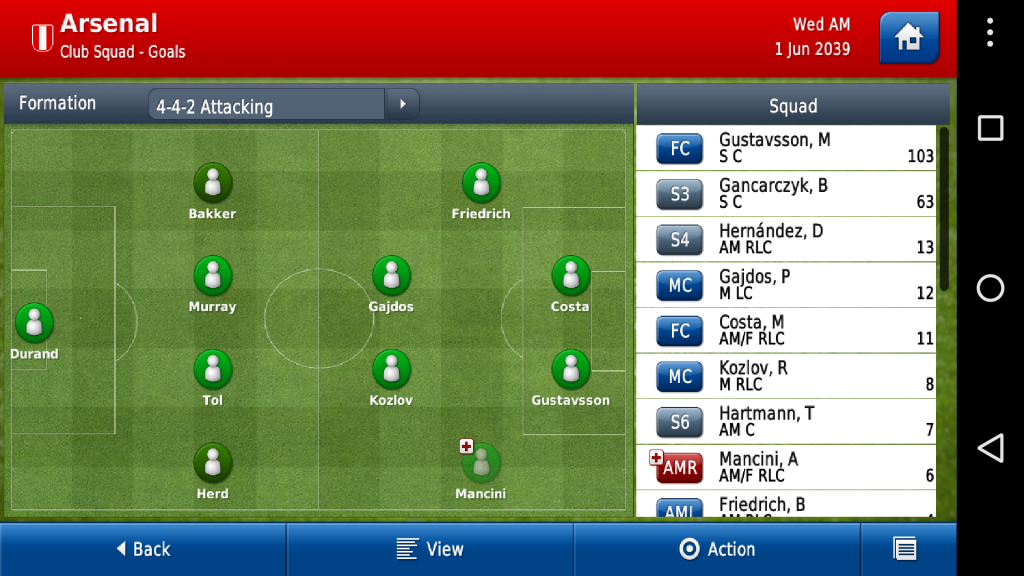 Football Manger, nee Championship Manager, and I have a long and chequered history. Since the turn of the millennium I’ve had various phases where I’ve been rather addicted to various iterations of it. The game almost cost me my accountancy qualification as I’d spend hours playing rather than revising, and at one point shortly after I moved in with my wife to be, I found myself sneaking in to bed at 5am, muttering about it being half eleven, only to have to get up a couple of hours later and pretend I’d had a full nights sleep.

Today, with three kids and various other interests, my time for Football Manager is strictly limited. I do however dabble in the Android version. Sometimes more than I should; it’s not really possible to play the League Cup Final during bedtime story. For those of you that don’t know the details of FM, there are three tiers of complexity, at the bottom is the mobile phone (Android and IOS) versions, next up is the PS Vita version and then the PC version. I’ve steered clear of the PC version for years now as I simply don’t have the time to adjust what is said in press conferences and so on, and yes I know you don’t have to do it but if the option is there I’d want to.

I’m still playing the 2013 version, not because I’m mean but because I’m taking my beloved Arsenal to the mandatory end game (30 seasons is all you get, and for good reason) for the third time. It’s frustrating that they cap the game to 30 seasons but understandable- you can see from the screen shot above it gets a bit broken towards the end. I was able to get my star striker to over 100 goals a season from 2039 onwards. In 60 odd games, that’s still over one and half goals a game, which considering I had to rest him a bit (stamina not the greatest), actually meant he scored over 2 a game.

Still, I’m at it again now and having had a good couple of opening seasons, I now have Cech in goal, Hummels in centre of defence, İlkay Gündoğan in midfield, supplementing a forward line of Lacazetti, Pato, Neymar and Suarez. Which is nice. It’s funny though, none of my current crop of forwards is getting past a goal a game average (Lacazetti is closest with around 0.8 a game), something I put down to the more grounded early game.

Still, I’m properly addicted, and that’s something that’s not going to change any time soon. You can keep your Candy Crush Sagas; this is something worth being addicted to!

The state of football punditry

How EA can solves footballs ref’ing woes
This entry was posted in Blog. Bookmark the permalink.