Elite Dangerous: some rather rude verification

When I signed up to the Elite Dangerous Beta I was in effect paying a tenner extra to get early access to the finished game. I knew that nothing would carry over from the Beta to the released game but I thought it would be a good bit of fun to have a play around first. After all I’ve played various iterations of Elite from the Spectrum to the Atari ST, so it was definitely something I’ve had a soft spot for.

Imagine my surprise then when I installed the new launcher and had to re-enter a verification code. A code that looked anything other than a completely randomly generated set of letters: 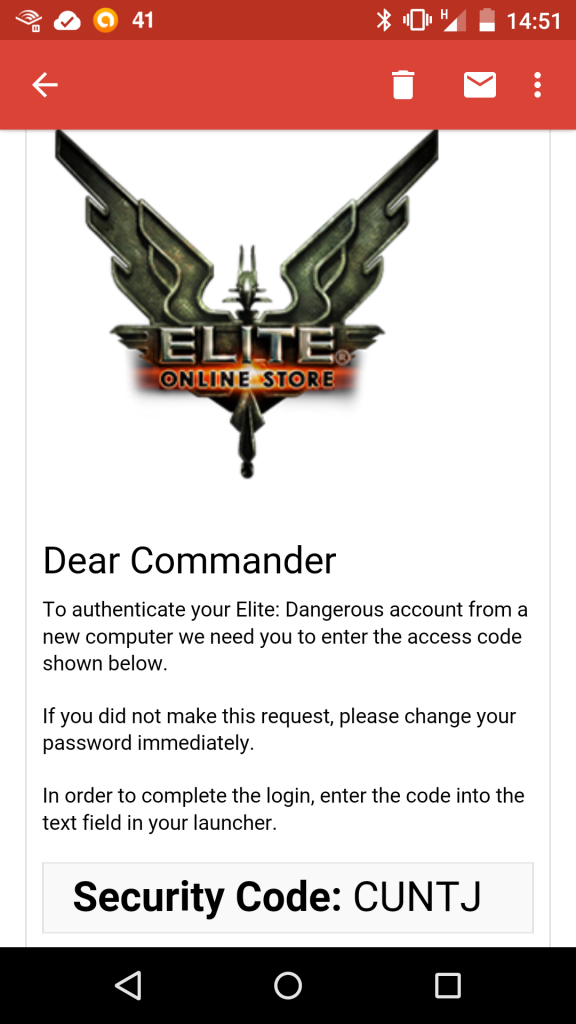 Not impressed in the slightest!

Jolicloud and Joli OS 1.2
This entry was posted in Blog. Bookmark the permalink.