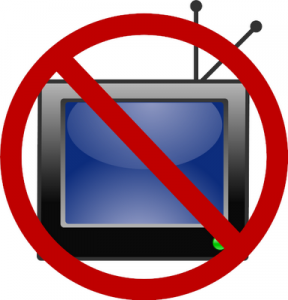 I'll not be on the telly then

In my other role, as a parent blogger, I was recently contacted by an agency working with a big name TV presenter who was working on the relaunch of a big name internet sites video channel. An online series about parenting was being made, they had a load of Mums to talk to but wanted a Dad, would I be interested?

Well of course the answer was yes but in the end the logistics proved too tricky. I was off to Spa for the Belgium GP on one of the two days they were interested in filming and they couldn’t really accommodate me. That’s fine, it’s not my god given right to be on telly, or rather a computer screen more likely, and heaven knows the TV presenter type is the main concern. One thing did disappoint me slightly though. In amongst wishing me a great time on my trip to the GP, the very nice and professional lady I spoke to mentioned they were probably going to use someone with a little more experience on the telly for the segment.

Thinking about it afterwards has set off one or two alarm bells. Comfortable in front of the camera leads to celebrity, which leads to a whole sort of lifestyle of Nannies and “on tap help” that makes this sort of person probably the worst possible type to answer questions or give examples of what it’s like to be a Dad in the real world.

I did initially offer to put forward the names of some other Dad’s in or around the London area but wasn’t taken up on the offer. I do hope I’ll be proven wrong and it wont be a media friendly sleb who wont have experienced the first struggle of being a new dad. Time, as they say, will tell….

Why the sudden hate for Peter Molyneux?

An average week
This entry was posted in Other. Bookmark the permalink.